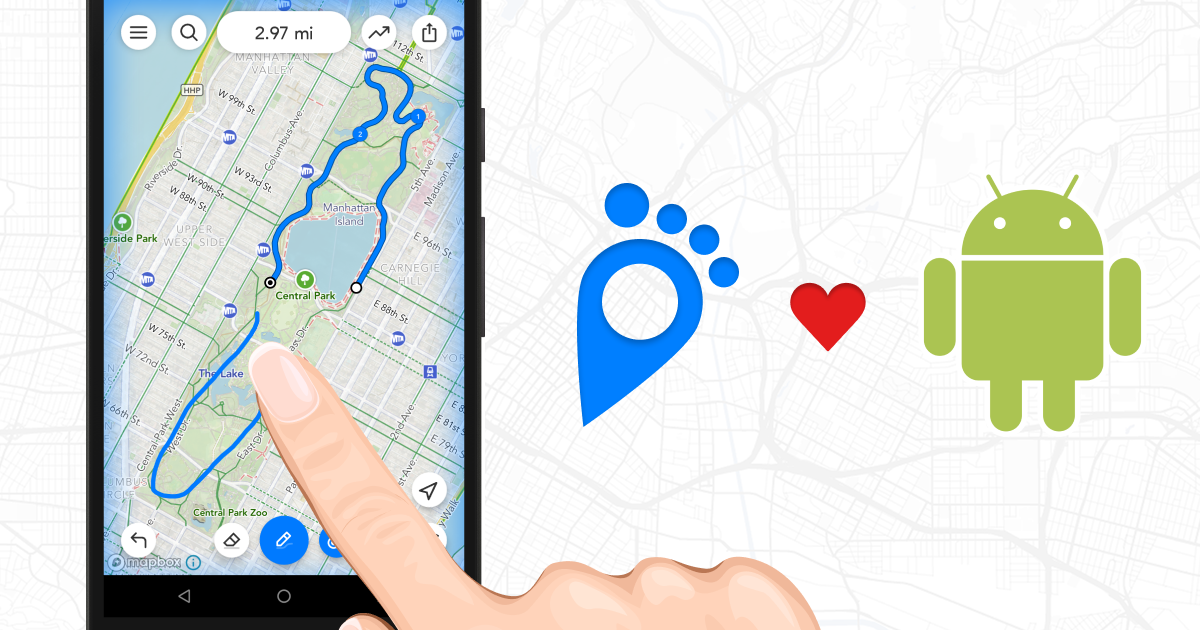 We’re pleased to announce that Footpath Route Planner is now available for Android devices. You can download the app on the Play Store today.

Now anyone with a mobile phone can map out routes on-the-go, or follow a Footpath route mapped out by a friend. Share your adventures with everyone you know!

Android users can enjoy the same route planning and mapping features that over a million runners, cyclists, and adventurers have come to love from Footpath on iPhone and iPad:

GPS tracking and turn-by-turn audio navigation were added in the Footpath 2.0 update for Android.

If you’ve recently switched from iPhone to Android, or if you have an iPad and an Android phone, you can sign up for a free account and automatically sync all of your routes straight to your Android device.

Already a frequent user of Footpath? Let your friends and workout partners know about the new Android app so you can share your favorite routes with each other.

What are you waiting for? Download Footpath on the Play Store today, and start planning out your next adventure.